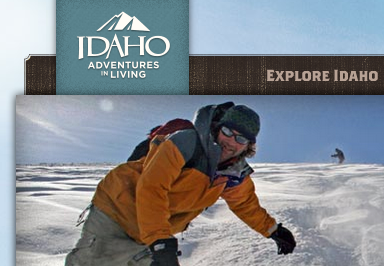 Rick has been in the Tourism industry for over 22 years and brings a broad experience to his new post. He is an enthusiast for tourism in the state and will bring a fantastic new perspective to a very important organization for the state.

The Film Industry has found the Silver Valley 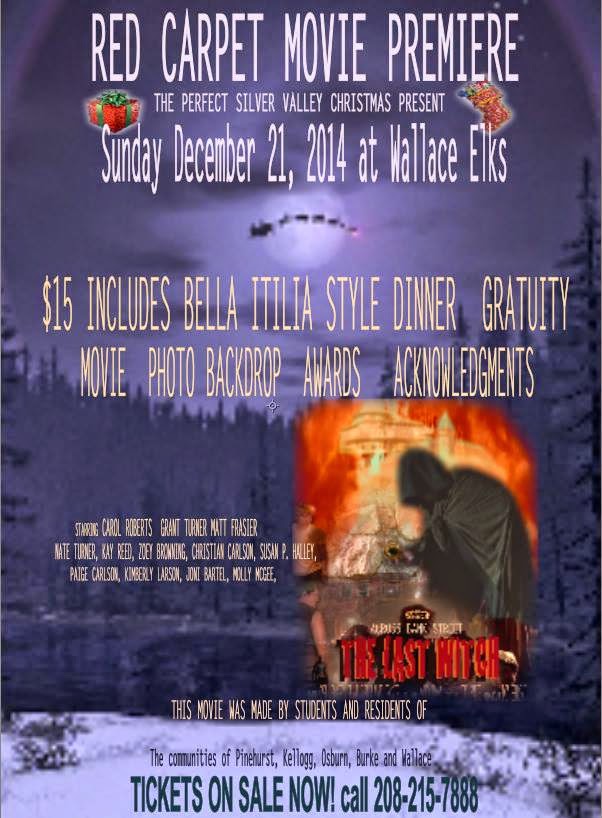 Growing up in an old mining town you might not expect to have many of the opportunities that other kids in larger cities enjoy. But in the Silver Valley there is a little slice of film making history going on.

Across Bank Street has just wrapped on its second locally produced film production featuring the children of the Silver Valley.  From script to screen Nancy Hanks brought the entire film making process to kids from across the valley.  For more information on Across Bank Street and Dollhouse productions CLICK HERE.

December 21, 2014 is the world premiere of the latest Across Bank Street production "The Last Witch"


Plot Outline
When a witch from ancient Greek stories appears through the Bank Street portal a troubled foster kid may find the answer to his problem.

This 25 minute short movie is the second movie production involving the film community here in the Silver Valley. There are so many facets to making a movie, set construction, costumes, makeup, camera operation, lighting, physical and digital effects... the list goes on and on. Finding markets and obtaining revenue from these short movies will create much needed jobs. We've proven that we can make an excellent movie on the good will of the community and absolutely no budget. What if we had a budget?

The official movie T-shirt has gone on sale today. Funds from the sale of this shirt will go to continue the excellent opportunities provided to the kids of the Silver Valley to learn about film making and everything it takes to take an idea all the way to the Red Carpet.

To order your official movie T-Shirt please complete the form below:

This April marks the 15th Annual Expo that highlights businesses and services in the Silver Valley. The business community comes together each year to network and display some of the great features that make them uniquely Silver Valley.


For the last several years Janice Berti from JB's Country Garden has won the best booth contest. This year there promises to be some very stiff competition for that title.

It is a great chance for the community to come out and see what is new in the valley all in one place at one time.  There is also a fantastic Chili Cook Off.  There are also tons of fun things for the kids going on.

More info on the Expo is on the Historic Silver Valley Chamber of Commerce Facebook Page.

Previous Kellogg, Idaho High School wrestling coach and teacher Ron Wood Sr. was inducted into the National Wrestling Hall of Fame on Saturday, March 23, 2013 in Coeur d’Alene. Wood was the wrestling coach at Kellogg High School for approximately 15 years, with an overall record of 124-47 and coached four teams to bring home state trophies. He was named Idaho coach of the year in 1986 and North Idaho coach of the year in 1990.
tags: wrestling, Silver Valley, Idaho, Kellogg, High School, Hall of Fame
at 8:19 AM

There is a new website promoting Idaho and the Silver Valley. It is located at http://silvervalley.org.

This site contains regular news updates and information about Idaho. Highly recommended!
at 11:21 AM